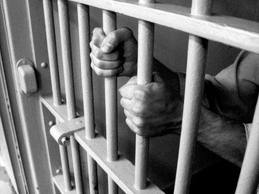 I'm a sucker for real life murder mysteries; like the ones they feature on Dateline NBC week in and week out.  I think I've seen all the episodes. It's just fun for me to try and figure out "whodunit" (my wife finds these shows a bit creepy, but she tolerates them if there's nothing else on TV).

Recently, I watched one about an innocent man; convicted of murder, in part because of a false confession, some thirty years ago.  I can't remember his name, but frankly (and sadly) it's a story I've heard dozens of times before.  If there's one thing I've learned, through watching so many of these programs, it's to never confess to a crime that you didn't commit.  I don't care if the police lock you in a tiny room, for days on end, or engage in verbal and/or physical abuse...never, ever, ever just tell them "what they want to hear", if it's not what really happened.  (To be clear, I'm not implying police regularly do this sort of thing.)  It can take you a lifetime to have a false confession turned over, even in the face of overwhelming evidence demonstrating your innocence.

Anyway, in this case, I couldn't help but notice that the suspect (and his mother) seized every possible opportunity to promote their Christian faith on camera.  "Glory to God!", he exclaimed upon finally being released from prison.  Who could blame him?

What's completely fascinating to me now though, as an atheist, is the psychology that lies behind these platitudes.  Why do people insist on giving God the credit, and especially so in truly horrible situations?  The more horrible the circumstance is, the higher the apparent propensity to believe that God is somehow working through and in it all.  It doesn't make sense.  I mean, this guy spent 29 years of his life in prison, for a crime he clearly didn't commit.  Yet, upon his release, the first thing he can think to say is "praise God!".  Why?  On one level, I suppose it's simply because that's what he believes.  But I'm inclined to think that it's a lot more than "just" that.

While I was a Christian I never really understood what people meant when they said that faith is a crutch.  I think I get it now.  Let's really think about this guy's predicament.  Here he is, rotting away in prison, year after year, decade after decade, all the while knowing that it's a complete travesty of justice.  He doesn't deserve to be there.  It's one thing to suspect, that someone may be innocent; but it's an entirely different matter to know it for an absolute fact.  Innocent prisoners know they are truly innocent, even if they can't convince a single other person.  How do you maintain a positive outlook day after day, and keep hope alive, when the whole world (or at least the justice system) seems to be conspiring against you?  When analyzed in this way, I think the urge to evoke God makes perfect sense.  Sometimes you've just *got* to believe that there is a larger plan at work; that, somehow or another, even your misfortunes are "meant to be" in the grand scheme of things.  It's the only way you can stay sane, so you grab on to that hope and hold tightly for everything you're worth.  The world may have let you down, but God is still in control at the end of the day.  He's got your back to the finish line and beyond.

Naturally, what doesn't occur to someone, at a time like this, is how utterly illogical this entire thought pattern is.  What about those innocent prisoners who will never be released?  Did God not hear their prayers?  Why on earth would he bother to facilitate the release of one innocent prisoner, but allow hundreds (probably thousands) of other innocent prisoners to spend their entire lives locked up?  There are also plenty of examples of people who have been executed, by the state, and only later found out to be innocent.  How much do you want to bet that most of those death row inmates believed in heaven by the time they died?  The human desire for justice is incredibly powerful and, if we can't receive that justice "down here", we're damn sure going to insist on believing that it will happen "up there".  It's a coping mechanism.

Watching this episode also made me think about how we too have been wrongly convicted.  We've been wrongly convicted by Christianity.  No one deserves to be punished eternally; not even Adolf Hitler himself.  It's deeply messed up to think that a supposedly just God would demand, on threat of never ending damnation, that we believe some very particular things about a 2, 000 year old story; especially one that contradicts itself all over the place (and stems from an age of rampant superstition).  Sometimes I wonder to myself, why couldn't I see this before?  I was a born again Christian for more than 25 years, but it's only since leaving the faith that I feel as if my brain has been released from prison.

The other problem with giving God the credit of course is that it robs from those who genuinely deserve it.  The real heroes, in the above situation, are this guy's lawyers.  They worked tirelessly, through ridiculous shit loads of red tape, to get an innocent man out of prison.

That's good enough for me.
Posted by Respectful Atheist at 23:09