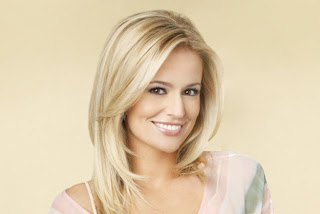 I have a confession to make.  I watch The Bachelorette faithfully (don't judge me).  I realize guys aren't *supposed* to like this show, or so I've heard, but it's my guilty pleasure.  I think I enjoy it primarily because I've always had a strong interest in psychology, especially as it relates to the complicated dynamics of interpersonal relationships.  I'm fascinated by the way in which the guys (or girls) interact, in "the house", as they compete to win the heart of the Bachelorette (or Bachelor). It's like watching survival of the fittest in action.

The other thing I find interesting is the way in which The Bachelor/Bachelorette, in this case Emily Maynard, goes about making their decision as to who they will pick in the end.  In nearly every season, the given star of the show comments on how they are falling (or have fallen) in love with more than one person at the same time.  This always seems to come as a total shock to their system, the implication being that there must be something terribly unnatural about having feelings of love for several people simultaneously.  In Emily's case, the cognitive dissonance that results leads her straight into a period of deep confusion, during which time she considers the idea these conflicted feelings may themselves serve as proof that both of her top two guys are in fact wrong for her.  In other words, as the thinking goes, if one candidate is not very clearly better, than each of the others, something just must not be right (because it's not supposed to feel this way).  Sadly, there are others, close to Emily, who encourage this type of thinking, which only ads to her confusion for a time.  She *should* feel much more strongly for the guy she is *supposed* to choose, because that is the one guy she is *meant* to be with...right?

I personally think the widespread belief in soul mates is just another example of agenticity.  Let's think more about this for a moment.  What are the chances that 30 random guys/girls, from all across the country (assumedly chosen by the show's producers), will just so happen to include the given Bachelor/Bachelorette's "soul mate"?  First off, this could only be true if god exists, and involves himself in such things.  He would necessarily need to be guiding the hands of the producer's, as they narrow the field, to be certain that Emily's soul mate makes their final cut.  If there is a god, and he is loving and personal, than it follows logically that he would have one person set aside for each of us to marry (unless, of course, he intends for you to stay single forever).  As mere mortals it becomes our only job, at that point, to find and recognize that special person.  But I think The Bachelorette itself clearly shows the dating process to be much more complex and nuanced than this sort of top down style of reasoning would suggest it to be.  In fact, as I referenced above, the whole scenario is also much more driven by a survival of the fittest type thrust than many would ever care to admit.  (Remember, a significant percentage of the American public doesn't even believe in evolution.  I imagine that some of those same people are fans of the Bachelorette, so of course they aren't going to think of it in these terms.)

As I see it, modern day Internet dating websites, such as eHarmony, would also seem to suggest that god has not chosen one person for each of us to be with.  These sites work, to the extent that they do, because they match people on dozens and dozens and dozens of criteria points. Compatibility is often the end result of this (rather involved) screening process.  It doesn't always work perfectly, of course, but sometimes it does work and that's the point.  Could someone please remind me again how & where it is that god becomes involved in things like The Bachelorette and eHarmony?  If god is indeed trying to help us find our "soul mates", than he would need to be doing an awful lot of micro-managing.

It IS possible to fall in love with more than one person, at the exact same time, and we should expect nothing less when we engineer such bizarre scenarios.  In our culture, it's not considered normal to date 30 people at once (in fact, it's generally frowned upon!), so it's just that we don't often see these dynamics in action.  The truth is there is no one person who is *meant* to be with you or I forever.  I know this all sounds terribly unromantic of me to say.  Please understand that I say it as a guy who is very happily married, and plans to remain so until the day that he dies.  But isn't this more romantic (than believing in the idea of "soul mates") anyway?  I'd much rather marry someone who promises to stick with me, through thick and thin, even when their feelings wax and wane.  You can't "fall out of love", because love is not a feeling to begin with...it's a choice.  I realize that choice is driven by feelings, and I wouldn't have it any other way, but it's still a choice at the end of the day.

We tend not to give ourselves enough credit; Maynard included.  She need not deny, or be in any way embarrassed, about the fact that she fell for more than one guy on the show.  Sometimes there is no *one* right way to go, even in cases where there is a choice that clearly needs to be made.  This is my larger point.  I think we all hope that she will make her choice (as spoilers would indicate that she does) and live happily ever after.  And those people who would have had Emily doubt herself, simply because her love has not been directed at one man exclusively, are very well meaning but misguided.  What Emily needs to do instead is make a rational choice....based on her feelings, yes, but also based on her head.   If she ultimately decides, on her own, that neither of these guys is right for her, than so be it.  Relationships are tough, perhaps especially so when they begin in such a highly manufactured (and overly romanticized) fashion.  I wish her all the best in the future and, come next season of The Bachelor/Bachelorette, I'm sure I'll be sucked in once again.
Posted by Respectful Atheist at 13:25